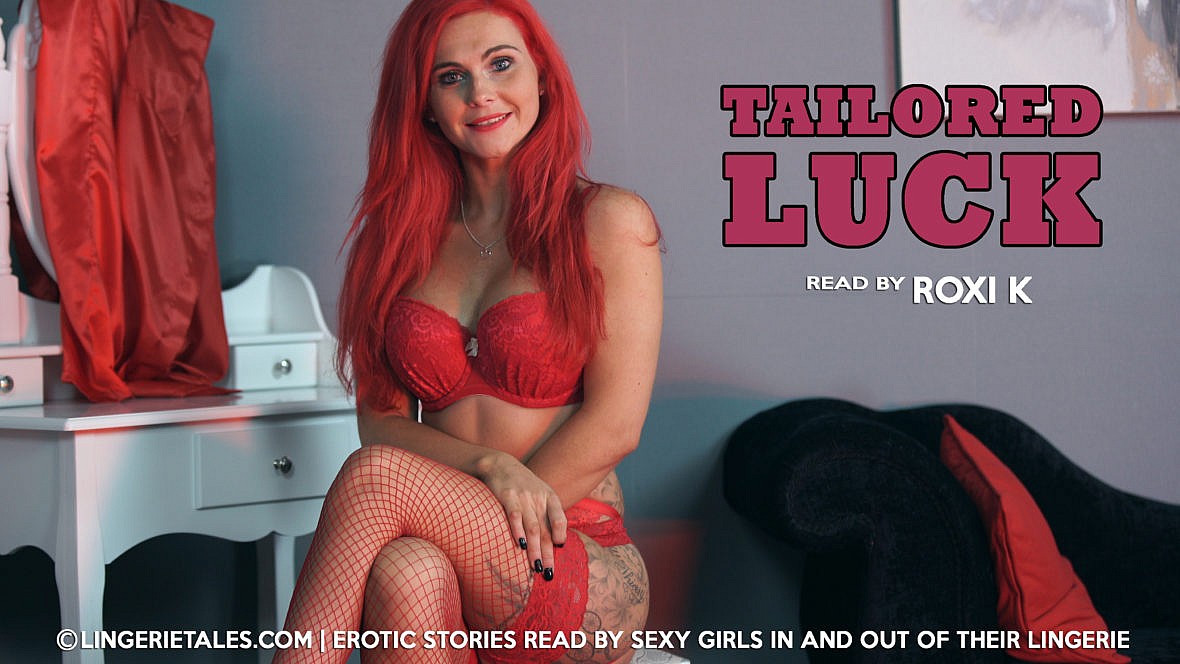 That the members enjoy

Rory McNally was not a big hit with the ladies although he tried very hard to attract their attention. He did his best to keep up with the latest trends, posted regularly on social networks and even had his own column in the local paper, but none of it impressed the female species in his community.

What changed this young man’s life was something of a mystery. He happened to be at a one of those gigantic charity bazaars that sell used clothing, furnishings and brick-a-brac, when navy blue blazer took his fancy. It had obviously been tailored for someone as it bore the name Eric Gormane inside on a label, and going by the high quality brass buttons no expense had been spared.

The old lady on the stand where it was for sale explained that the late Eric Gormane had been quite a playboy, known throughout Miami for cavorting with beautiful woman to say nothing of his success in business. Rory thought that a bit of Eric’s luck might brush off on him and so he tried the jacket on and it fit perfectly. He didn’t even take it off, he just paid the twenty dollars and donated his old jacket to the bazaar.

What happened next was almost super natural. Within minutes of donning that jacket young attractive women were smiling at him. At first he thought it must be his over active imagination but then a curvaceous raven haired beauty, who introduced herself as Evie, put her arm in his and asked if he’d buy her a coffee.

Rory decided he’d do better than that and he took her to lunch at a little Italian restaurant quite close to the venue. Here, over Egg Plant Parmesan and a glass of Chianti, Evie told him how attractive she thought he looked, how she loved his smile and his great sense of humor. It got so spooky that eventually he went to the washroom to take a good hard look at himself in the mirror. But physically he looked the same as always – a bit goofy.

In spite of his new found success with women he was not totally comfortable with it, thinking that it might be like a dream and that he’d soon wake up and just continue living the shitty life he’d grown so used to. BUT – things got more complicated when Evie told him that she would like to make love to him.

Rory just sat there with a stunned look on his face and was unable to answer her.

“What’s wrong Rory, don’t you fancy me,” she asked with a tear in her eyes.

He assured her that he fancied her a lot and she leaned over the table kissed him right on the mouth and said, “Let’s go to my place it’s only a couple of blocks away.”

With a boner protruding from his pants he obediently followed the foxy lady to her building and her apartment on the 7th floor. Everything was going absolutely wonderfully until he took his jacket off. Suddenly Evie’s attitude changed, she seemed in a daze and said she was expecting her bad tempered boyfriend to call round at any minute, adding that he was built like a brick shit house.

Very confused and back in the street Rory put his jacket back on and tried to gather his wits. Before he could gather any at all he was approached by another extremely attractive girl.

“Excuse me – are you Rory McNally?”

“Don’t you remember me – I’m Patti Hunt, we went to Gregson High together.”

Rory suddenly put the face, the big tits and the name together and realized that she was one of the long legged cheerleaders for the Gregson Gorillas, a team that he’d been the mascot for – be it only one season.

Rory accepted the invitation but he was feeling nervous. He knew there was something about the jacket that was really creepy and he decided that come hell or high water he was going to keep it on.

Once in Patti’s rather tastefully decorated pad he sat on the sofa while she went to change into something more comfortable. When she re-emerged she was wearing her old cheerleaders outfit.

“Do you remember this,” she laughed, twirling around so that he could get a good look at her bum.

“Yes – I do remember that,” he smiled, as once again he began to develop a big boner.

“Why don’t you take your jacket off,” she invited, “You’ll be more comfortable.”

“No – if you don’t mind I’ll keep it on – it used to belong to an uncle of mine,” he lied, “I’ve decided to wear it continuously for a month in his memory.”

“How wonderfully sentimental,” she said, then hesitatingly inquired, “Don’t you even take it off in bed.”

“That sounds terribly kinky to me,” she giggled, “I kind of turns me on.”

The next thing Rory knew was Patti was sitting beside him with her legs over his lap and her lips welded to his.

“You can feel my tits if you like,” she said breathlessly, and quickly slipped off her top with the menacing looking Gorilla printed on it.

Rory’s dick almost bore a hole in his pants as found his hands groping a set of double D’s and her fingers searching for his nut sack. But then quite suddenly she got up and declared she was going to do her routine for him and slipping off her panties for additional emphasis, she picked up her pom poms and broke into – “Give me a G,”

Her tits swung over the place and as she kicked her legs high in the air the lips of her pussy seemed to be sending him a personal invitation. When he couldn’t stand the pressure anymore he leaped up from the sofa, grabbed her shoulders and lay her on the carpet.

Evie’s legs shot up in the air as if she couldn’t wait to have his face stuck between them. He licked and he sucked her pink petals until she came and she almost went into hysterics as she did so. As she continued to writhe on floor Rory whipped off his pants and rammed his dick into her tight snatch causing her to cry out as if in pain, but then she started to move her ass impatiently urging him to fuck her.

Not wanting to disappoint he pounded her pussy mercilessly until he shot his load and she had another massive orgasm. For the next couple hours they sucked and fucked each other until they were both exhausted. However, on leaving he couldn’t help but think about Evie, and how it might have been different if he had left his blazer on. With this in mind he slipped up the stairs and knocked on her door.

As soon as it opened and she saw him there him there in the jacket she threw her arms around his neck and kissed him. Pushing her inside he closed the door. She immediately dropped to her knees, unbuckled his belt and absorbed his dick between her full scarlet lips.

On arriving back at his apartment he turned on the news to find that they had discovered gold in Greenland and some stock that he’d bought in a moment of madness was going through the ceiling. It seemed as though the blazer had something magical about it. However, an experience a few days later began to make him feel uneasy about hanging on to it.

It was a bright Tuesday morning and he felt like dressing up a little special as his boss, Ms. Stephanie Lowe, had arranged a meeting with him and he felt sure t she was going to ask him to fill the vacancy for manager of the traffic department. His magical blazer looked very smart with his grey pants and so he decided to wear it. He hadn’t been in the office with Stephanie more than five minutes when she began to come onto him really strong.

She was not a unattractive woman but she was over 50 and that was outside the parameters he’d set himself for dating. The age difference however didn’t seem to worry Stephanie and she made no secret of her intentions when she locked the door, pulled down the blinds and started to run her fingers through his hair.

Rory was beginning to panic as things started to get out of hand. Hugging his head she pulled out a tit and literally stuck the nipple into his mouth. He sucked on it because he didn’t know what else to do and he certainly wanted that job in traffic.

As his boss lifted her skirt, took her panties down and encouraged him to grope her hairy bush he realized there was no turning back. He guided his finger into her wet cavern and diddled around as she leaned back on her desk and groaned quite loudly. At this point he knew he had to fuck her in order to secure his promotion and get out of the office.

Rory got the job and a raise but he decided that he and that jacket had to part company. Elena, a young woman that worked along side him in traffic was showing an interest in him without any paranormal forces taking part. And so one Sunday he headed for the cemetery, located Eric Gormane’s grave and lay the jacket ceremoniously over the head stone.

“Thanks Eric,” he said, having one last feel at the sleeve of the coat, “You’ve helped me more than you can imagine.” And with this he headed for Elena’s apartment and an evening of real love.

Stills from this Video

Ariel Anderssen “I Need it Bad”

This site uses functional cookies and external scripts to improve your experience.

You can find more information on our %privacy_policy% page.

NOTE: These settings will only apply to the browser and device you are currently using.